Lima, the capital of Peru is waiting for you to come to visit. Known as the Kings City, a name given to it by the conquistador Francisco Pizarro, Lima is where you can discover South American history and information on a country whose roots go way back to the days of the Inca Empire and the Spanish takeover. Tourist stops and attractions in Lima cover many places that are worth taking in and seeing the city as it has developed over the years, but here are a few that should make their way to the top of your Lima excursions list.

Peru Full Adventure tours include the Monasterio De San Francisco, a former monastery where monks of the order of St Francis were housed over 300 years ago. The most famous part of this monastery is the catacombs section, which contains the tombs of many of the monks who inhabited the monastery. For those who like a little adventure and like visiting underground secret passageways, the Monastery is a great place to visit. Other Lima activities include visiting the Palacio Torre Tagle, an old mansion where the Peru Department of Foreign affairs currently operates. The palace is made up of some fine wooden balconies and columns that embed a style of both traditional European as well as some Moorish influence from northern Africa. This site is generally not open to the public, but you may be able to visit it with an appointment made by the Imagen Institucional del organismo público. Other things to do in Lima include seeing the Las Brisas del Titicaca. This must see show will put on a display of traditional Peruvian dances and story-telling performances. One of their shows, Folklore Nights even serves up optional Peruvian specialty dinners to enjoy while you’re watching the show. Why not taste the best of the local entrees while catching the colorful display of one of many of the city’s hot spots?

THINGS TO DO IN LIMA

Embark on a full-day tour of Caral, a UNESCO World Heritage Site, and explore pyramids and fascinating archaeological sites that beautifully illustrate the history of the Americas.

Treat your eyes to an unforgettable communion of water, light, music, and imagery with a visit to the Magic Circuit Water Show, known locally as Circuito Mágico del Agua. The circuit is acknowledged in the Guinness Book of Records as the largest fountain complex in the world.

Discover the glittering gold and ancient treasures of the Gold of Peru.  Delve into five rooms, each bursting with thousands of unique gold artifacts, with a knowledgeable guide and uncover the fascinating history of the precious metal. Also included in the tour is a visit the Weapons of the World Museum, an extensive collection of the armory’s from a variety of countries.

Experience a treasure for those who love nature off the coast of Callao, just a few minutes from Lima. Set sail past the coast of the Palomino Islands, a stunning sanctuary for birds and sea lions, and admire the views of the El Fronton and Cabinzas islands along the way. Before returning to Lima, you have a great view of the surroundings of the Harbor Master and the Real Felipe Fortress, a bastion during Peru’s war for independence.

After being picked up from your hotel, make your way through the arid Lurin Valley to the ancient ruins of Pachacamac—the name means “Earth Maker” in the Quechua language of the people who occupied this region before the Inca conquest. The partially excavated site consists of 17 pyramids, a cemetery, and ancient frescoes.

Join us on a journey through the Hispanic, colonial and modern history of Lima on this half-day tour of the City of the Kings. Visit the Pucllana Pyramid, built in the IV century A.D., walk through the Plaza Mayor and its characteristic architecture and discover the Franciscan Monastery and its catacombs.

Immerse yourself in a tribute to the vibrant culture of Peru and its people with dinner and traditional Peruvian show It’s a treat for both your eyes and your palate that leaves you with a newfound appreciation for the country’s unique heritage. Savor a buffet dinner that’s bursting with the freshest local ingredients and most flavorful spices Peru has to offer. Then, feast your eyes on a performance packed with colorful garments and traditional Peruvian dances.

Begin with a fascinating tour through Lima’s streets and plazas. Start at the Love Park in Miraflores, with a spectacular view of the Pacific Ocean, and then head to the Huaca Pucllana, a ceremonial center of Lima culture. Then move on to the Main Square, where the Government Palace and the Town Hall are located. Visit the Cathedral and explore the Santo Domingo Convent, along whose corridors San Martin de Porras and San Rosa de Lima walked in the 17th century, and where their remains rest today.

The Lima Art Museum features works from more than 3,000 years of Peruvian history, spanning from pre-Columbian societies through today—including art from the Moche, Chimu, Nazca, Inca, and pre-Columbian cultures. Paintings, ceramics, textiles, silver work, and more are on display, with 17,000 pieces in the collection.

Explore Peru’s gastronomic capital and experience the best in local cuisine with a culinary tour through Lima. Begin with a visit to a city market for a sampling of regional fruits such as lúcuma, which has a sweet, maple-like taste, and a chance to purchase some of your own. Then enjoy a hands-on cooking class at a local restaurant, where you’ll learn to make traditional Peruvian dishes like Lomo Saltado and Ceviche. Savor the results as well as that of your own homemade Pisco Sour—Peru’s national drink

Uncover the mysterious of ruin that pre-date even the ancient Machu Picchu on an enriching 3.5-hour excursion from Lima. Explore downtown Lima with a knowledgeable guide to discover a series of Huacas, pyramid-like structures, used for ceremonial purposes.

Lima, Peru: Annual Weather Averages. February is the hottest month in Lima with an average temperature of 74°F (24°C) and the coldest is August at 63°F(17°C) 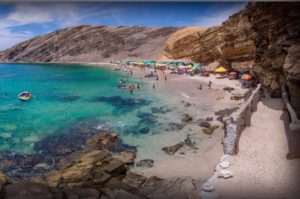 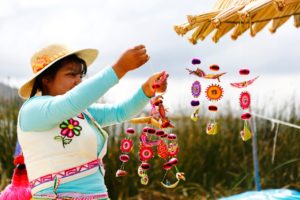 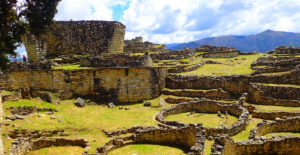 View on Instagram
REASONS TO BOOK WITH
PERU FULL ADVENTURE

Facebook Twitter Instagram Youtube
© Copyright 2019 - PERU FULL ADVENTURE LLC
Menú
The reality of education in Peru is deficient, as shown by the latest test of the report of the International Program for Student Assessment (PISA), which places us in 64th place out of 77 countries. Taking this situation into account, educational quality in rural settings has more obstacles to overcome in order to achieve a proper level of education.
It is worth highlighting the relevance of education in the country, since, with incomplete secondary studies, nobody would be able to study even a technical career, and most likely they will continue to remain in poverty.

SITUATION OF CHILD MALNOURISHMENT AND ANEMIA IN CUSC

At the national level, there are 43.5% of children suffering from malnutrition. Only in Cusco, 57.4% of infants suffer from this disease, which is a rather alarming figure since it is the second largest region in Peru with chronic child malnutrition and anemia.Within the Cusco region, the provinces that present high rates of anemia are: