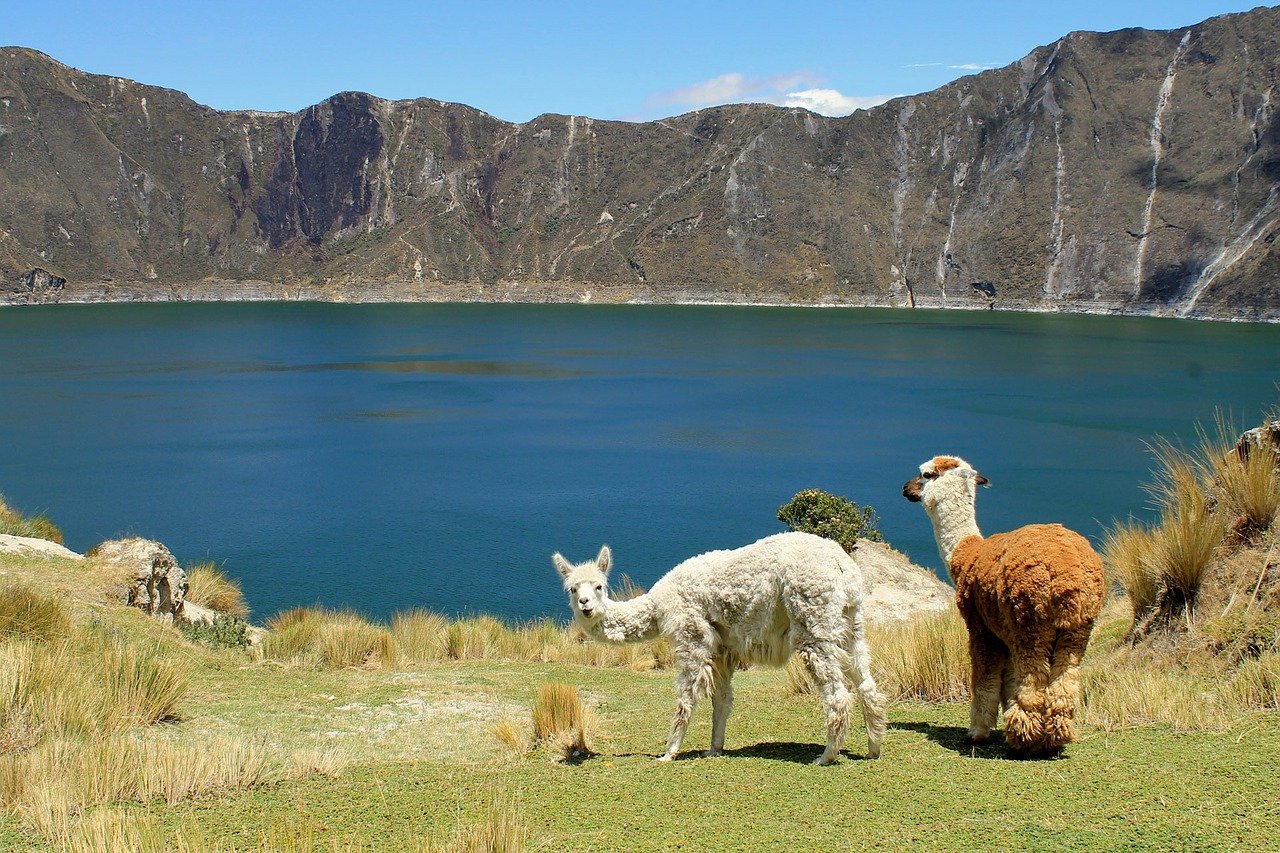 Camelids are a large and strictly herbivorous species of animals known for having slender necks and long legs. Paying a visit to the Zoo or watching a movie, we all have seen camelids, but do we know all about them? Did you know that there is not one but seven types of camelids? And if you did, were you aware that some of them are native to the middle east and some others to South America?

Original from the highlands of the Andes, Llamas, Alpacas, Vicuñas, and Guanacos are the original camelids from South America. If you ever plan to travel to Peru or another Andean destination, you might be able to see for yourself the majesty of this beautiful creature. 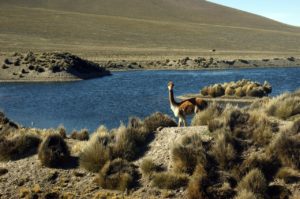 The vicuña is a wild South American camelid native of the central region of the Andes, specifically found in Peru, northwestern Argentina, Bolivia, and northern Chile. This specific type of camelid is related to the llama and is now believed to be the wild ancestor of domesticated alpacas. Vicuñas are the rarest of South American camelids due to its biological nature and the fact of having the finest animal fiber in the world.

Vicuñas are known for producing very small amounts of extremely fine wool, which is very expensive because each animal can only be shorn once every three years and has to be caught from the wild. Once the raw material is knitted together, a product made of this wool can be soft and warm.

According to historical records, this kind of fiber was reserved for the Inca Royalty during ancient times. By the 1960s, the quest seeking this highly coveted luxurious raw material left the vicuña on the verge of extinction. Since then, the Peruvian government along with private initiative gave birth to numerous conservation programs to ensure the survival of this beautiful creature. Nowadays the wonderful animal fiber of the vicuña is available to the textile industry, being the most expensive fiber in the world. Among the 350 thousand vicuñas inhabiting South America, almost 80% of these inhabit Peru.

Despite being of wild nature, the behavior of the vicuña is very similar to that of the guanacos (another wild South American camelid), being very shy and easily aroused by intruders due to their amazing hearing capabilities.

What do vicuñas eat?

Besides being wild, the vicuñas share other things with the other wild South American camelid, the guanacos. Like them, vicuñas frequently lick calcareous stones and rocks, which are rich in salt, as well as drink a lot of saltwater. The diet of the vicuñas consists mainly of low grasses growing in clumps on the Andean ground. 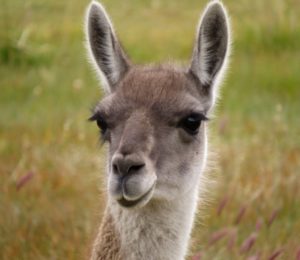 Among the South American camelid, the vicuña and the guanaco are the two wild species of camelids inhabiting the area. The guanaco is a wild camelid, closely related to the llama, that grabs its name from the Quechua word huanaco, with almost 80% of its population inhabiting Argentina and the rest divided among Chile and Peru.

The regular size of a guanaco is much larger than the vicuña, making it one of the largest wild mammal species inhabiting south America, this along with the Amazon river dolphin, the tapir, and the jaguar.

Guanacos inhabit the steppes, scrublands and mountainous regions of South America. They are found in the altiplano of Peru, Bolivia, and Chile, and Patagonia, with a small population in Paraguay. In Argentina, they are more numerous in Patagonian regions, as well as in places such as Isla Grande de Tierra del Fuego. Of the 600,000 Guanacos in South America and about 80% of them are found in Patagonia, Argentina.

Guanacos are the only South American camelid that adapts easily to different environments. They can live either at sea level or in the Andes at altitudes of more than 4,600 meters.

What About its fiber? 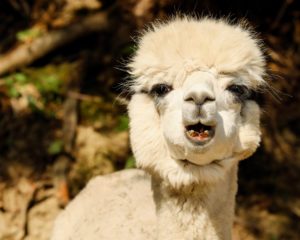 The Alpaca is an indigenous camelid native to the Peruvian highlands. along with the Llama are perhaps the two most notorious camelids from South America. Although they are biologically linked to the vicuña, they have been domesticated for hundreds of years.

In South America, there are an estimated four million alpacas, with almost 95% of this population living in the central and southern regions of Peru. This is Alpacas thrive at altitudes ranging from 3,000 to more than 4,500 meters above sea level in temperatures that may range from -20 to 30 degrees Centigrade in a single day.

Wait! There are different kinds of alpacas?

The difference between alpacas comes from the difference in their fiber, rather than conventional classifications. There exist two different kinds of alpacas: first is the Huacaya. This is the predominant Alpaca type, known by its fine and bulky fleece, which offers the widest range of natural shades; second, we have the Suri, the least predominant Alpaca type known by its long, curly, shiny and silky fiber.

And it’s the difference between qualities of fibers that sets the dominance in terms of population of the Huacaya alpaca. This type of Huacaya alpaca is the most common type of alpaca found, representing almost 90% of the total population of this camelid, this due to the thickness of their fleece, which makes them more prepared to survive in higher altitudes.

Suri alpacas represent around 10% of the entire population of alpacas, despite being thought to have had a more important role during pre-Columbian Peru since they were kept in lower altitudes, where a thicker fleece was not that important for survival.

The Llama is, alongside the alpaca, the two most famous South American camelids. They have also the title of being the heaviest and largest among them. Llamas have long legs, as well as prominent and crooked ears, a unique feature that puts them apart from the rest. Llama fur tends to be coarser than alpacas. However, once shorn, it can be as soft as alpaca.

If well trained, llamas are characterized for being friendly with people, extremely curious and easy to be around. However, llamas that are over-socialized and over-handled as youth tend to become very hard to handle when mature since they start behaving with humans as they behave among themselves (spitting, kicking and neck wrestling).

Another key feature of llamas is their domestication through history. Along with the alpacas, llamas integrate the group of domesticated camelids. They were used as well as beasts of burden from Pre-Incan times to this day, where they take part in many customs and Andean religious rituals.

Used as a pack animal, the llama can carry up to 35 kilograms, and travel with this weight 32 kilometers in one day. A pack of llamas can easily carry heavy packages through the harsh Andean territory.

Apart from its transportation capabilities, their skin is very useful since it can be turned into leather. Their fur can also be used to make ropes, carpets, and other textile goods. Even the excrement of the llama can be used as fuel once dried out.

Menu
The reality of education in Peru is deficient, as shown by the latest test of the report of the International Program for Student Assessment (PISA), which places us in 64th place out of 77 countries. Taking this situation into account, educational quality in rural settings has more obstacles to overcome in order to achieve a proper level of education.
It is worth highlighting the relevance of education in the country, since, with incomplete secondary studies, nobody would be able to study even a technical career, and most likely they will continue to remain in poverty.

SITUATION OF CHILD MALNOURISHMENT AND ANEMIA IN CUSC

At the national level, there are 43.5% of children suffering from malnutrition. Only in Cusco, 57.4% of infants suffer from this disease, which is a rather alarming figure since it is the second largest region in Peru with chronic child malnutrition and anemia.Within the Cusco region, the provinces that present high rates of anemia are: